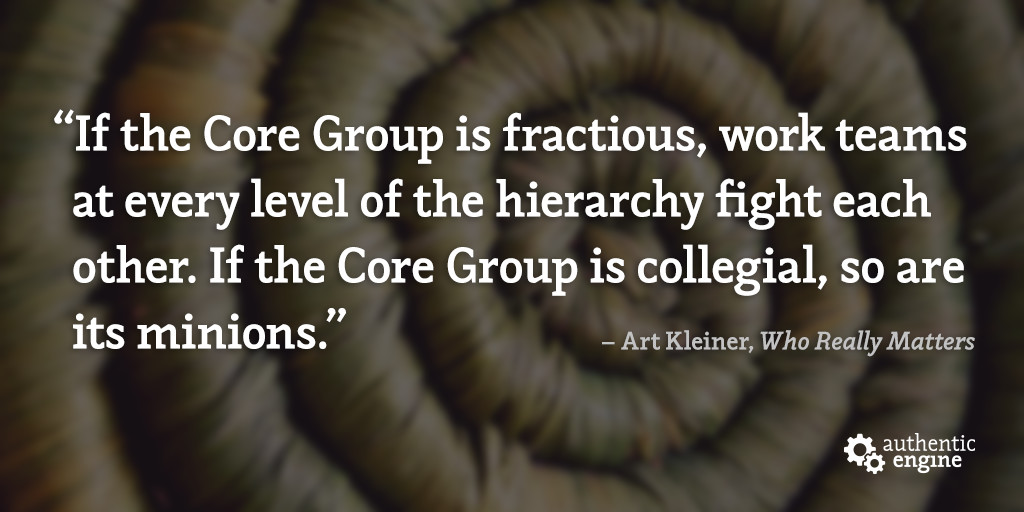 This post is part of a series summarizing the book and covers Part 1, Chapter 3. You may want to start with the introduction.

Kleiner also notes here that Core Group dynamics tend to replicate themselves throughout and down the entire organization:

Stay tuned for our next post in this series, a summary of Part 1, Chapter 4: A Very Special Kind of Love, which describes what it’s like to be part of a Core Group.